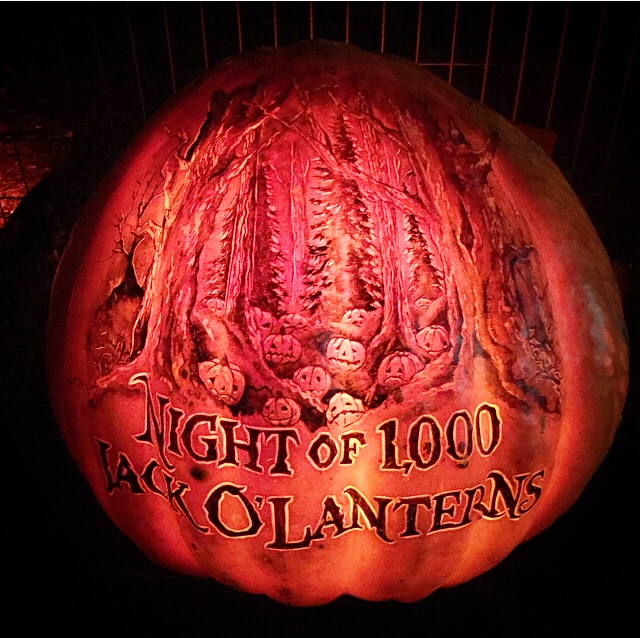 As some of you may or may not know, Halloween is my FAVORITE holiday. It’s not just the actual day itself as much as it is the days and weeks leading up to it. As soon as it hits October, there seems to be a shift – both literal and metaphorical – in the air. Temperatures start to drop (unless you were in NYC this year and experienced #hotumn), the leaves begin to change, the predominant colors shift from green and yellow and blue to yellow and orange and grey, and people begin to anticipate the upcoming string of cozy fall and winter holidays. Although I love summer and was born a Cancer, I am a child of the gloom – I love nothing more than spending a lazy and rainy autumn Sunday indoors with a good book, a steaming mug of hot coffee, and something pumpkin (like my Great Aunt Rose’s chocolate chip pumpkin bread) baking in the oven.

To be honest, it’s actually a little weird that my family loves Halloween so much. As a kid, I was raised in a pretty conservative household where we weren’t even allowed to read Harry Potter for a few years after the book’s release, let alone celebrate “Satan’s holiday.” Halloween was pretty much off-limits, and only reluctantly were we allowed to dress up for trick-or-treating. Our accouterments always had to be something nice and never scary – a princess, an angel, and a court jester were some of my childhood costumes. 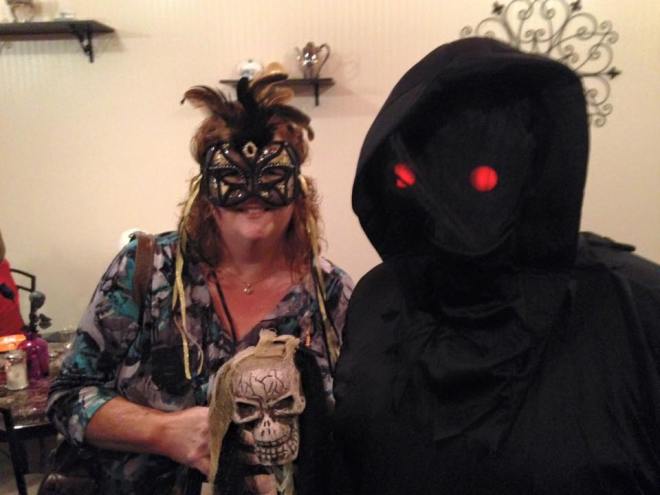 For various reasons and lifestyle adjustments (and because people and circumstances change over time), opinions shifted. Besides the fact the he is now Harry Potter’s biggest fan (and will without a doubt have his own HP movie marathon at least once a month, much to my mother’s annoyance), my dad also goes NUTS for Halloween these days – he’s the demonic guy in the above picture holding the skull and seated next to my mom at a Halloween party last year.  Honestly, if you knew my dad, you would be just as shocked as I STILL am every time I see this photo – when I’m not bursting at the seams from laughing so hard. Over the past few years, he has been feverishly growing his collection of Halloween regalia like a kid in a candy shop (or a trick-or-treater) – he’s purchased a fog machine, a scary music CD, cobwebs, spooky decorations, and even one of those motion-sensor spiders that jump out at you when you move by it. Not to mention that he takes great delight in wordlessly answering the door in full costume and terrifying all of the kids that come by to trick or treat.

This year for Halloween weekend, my brother came up from D.C. to visit. Because he is a fellow Halloween junkie, I knew he would be just as excited as I was to check out the Night of 1,000 Jack O’Lanterns on New York City’s Governor’s Island. A new event to New York City, the Night of 1,000 Jack O’Lanterns featured dozens of huge, 100+ pound pumpkins placed around a circular, tree-lined path on the western side of the island. Each of these pumpkins were either elaborately painted or carved with marvelous decorations of various themes – including super heroes, celebrity tributes, Disney princesses, scary movie villains, and even the five boroughs. Also lining the paths were several hundred smaller pumpkins, carved like traditional jack-o-lanterns with different colored lights. The scary music and large outdoor bulbs lighting up the grounds lent themselves well to creating an appropriately spooky atmosphere.

While it was impossible to take pictures of every single pumpkin, there were a few that captured the spirit(s) of the event particularly well: 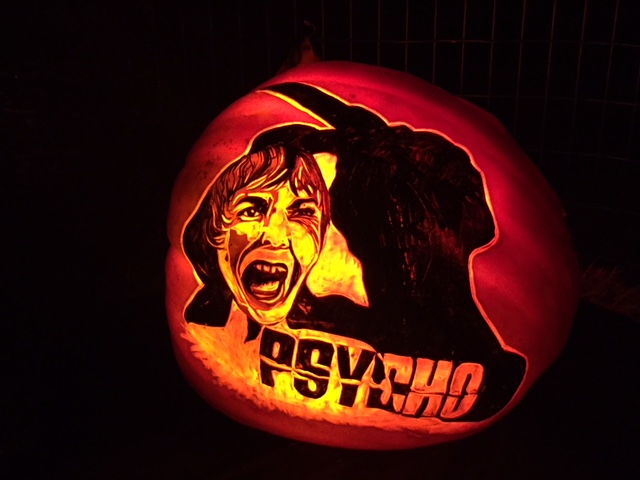 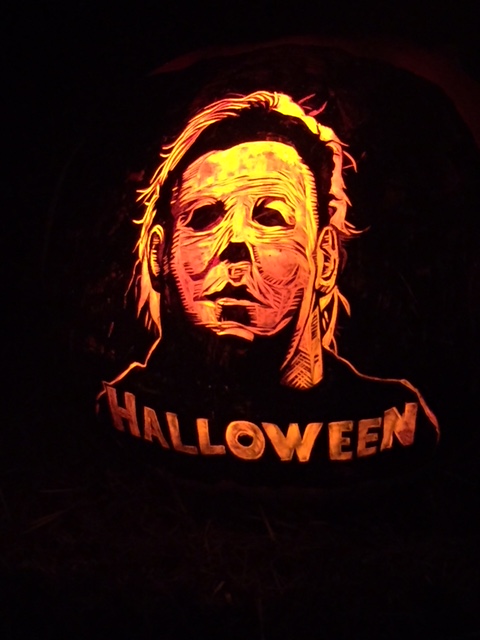 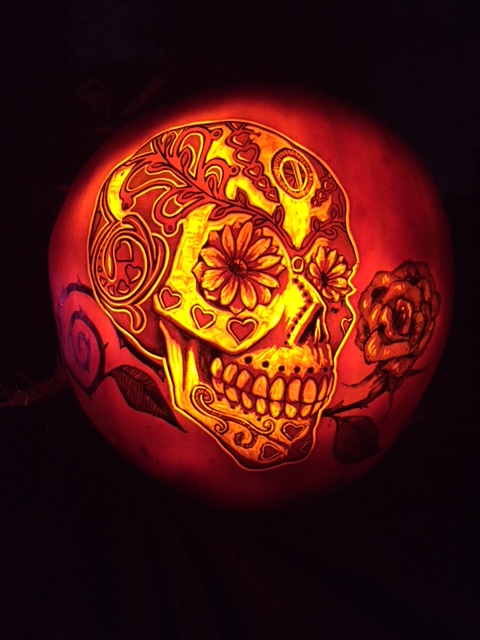 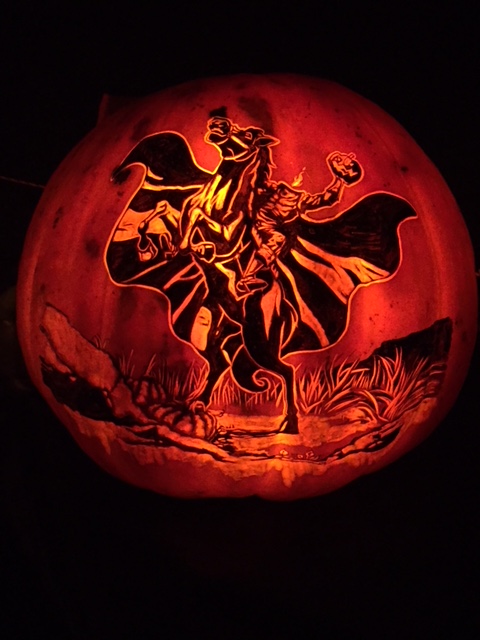 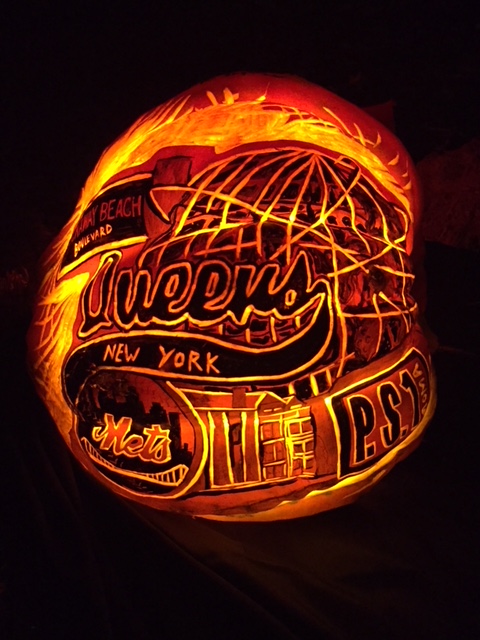 I cannot emphasize how large these pumpkins were –  literally the weight of a small person, ranging on average from 90 to 125 pounds! I had the opportunity to speak with one of the artists, who told me a little bit about the process.  She told me that the dozen or so artists actually work on the pumpkins for several months before the event, as organizers discuss themes according to relevance and pop culture happenings. Pennywise from It was, of course, a special featured pumpkin: 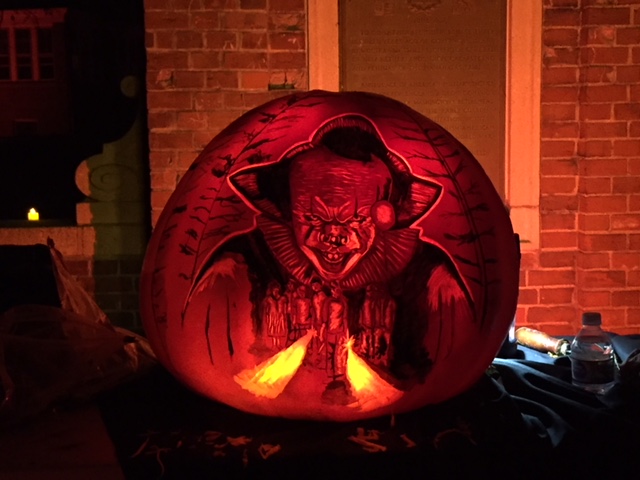 Although each behemoth beauty is painted in advance, it is not carved out until a few days before it’s ready for display. Because the pumpkins only last for 2-3 days after being hulled out, they get periodically replaced as festival organizers notice signs of decay. Once the painted pumpkin is carved out, the same bright lights that are used to illuminate the grounds of the event are placed inside of the pumpkin. The artist told me that outside in the field, the lights are actually on their lowest setting; when placed inside the pumpkin, they are turned to their highest setting, which is what gives them that beautifully bright, smooth, illuminated glow.

While the painted pumpkins were the highlight of the attraction, you can’t forget the other pumpkins that contributed to the overall festive atmosphere. Some of the most impressive ones included relief sculptures of terrifying faces on the outside of the pumpkin: 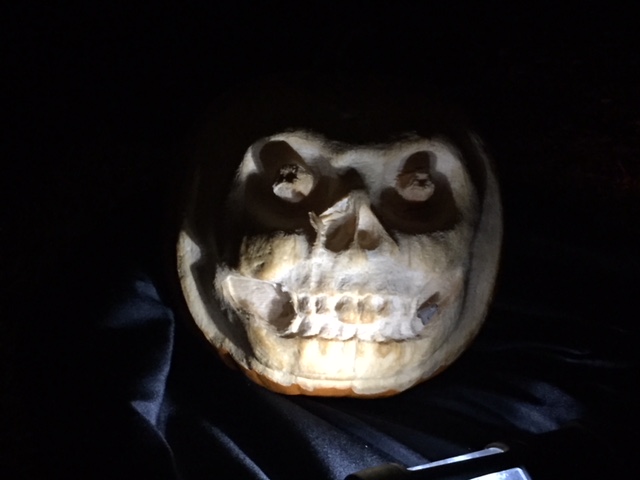 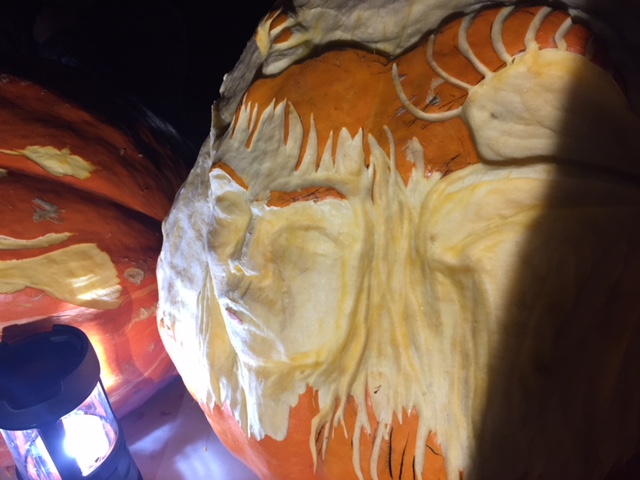 And of course, the creative jack-o-lanterns lining the sidewalk were enough to inspire even the most timid of pumpkin carvers to try a new approach on their own haunting Halloween projects: 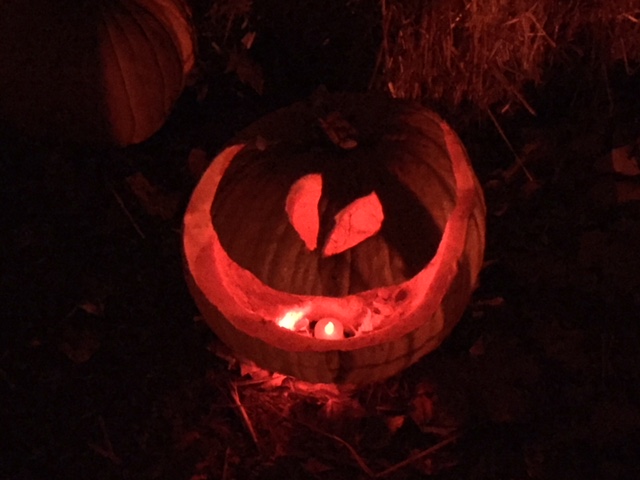 If you find yourself in the city that never sleeps – an adage that is especially true on Halloweekend – you might just consider making the trek over to Governor’s Island for a different take on the traditional jack-o-lantern – and the beautiful nighttime views of Jersey City, Lower Manhattan, and the Statue of Liberty. 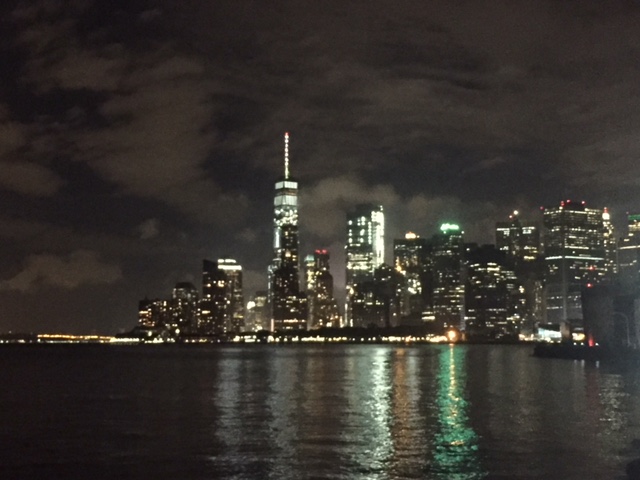 Hope you all had a fun and safe Halloween!